This Way to Barnegat Bay! Program Launches in Lavallette 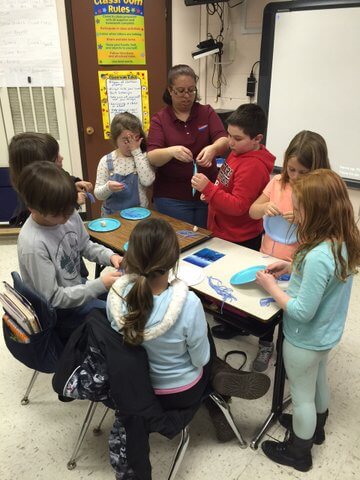 To commemorate Earth Day, Save Barnegat Bay launched their new K-8 education program, This Way to Barnegat Bay! Our first school to take part in this program was Lavallette Elementary School. Our Education & Outreach Coordinator, Kimberly, and our intern, Joanna, taught 2nd-4th grade students about what marine biologists do when they classify organisms. They learned how to use color, shape, size, and texture to group seashells, but also learned the difference between animals that produce one shell or two. They each got to take home their favorite shell!

They learned how habitat (where an animal lives), prey (what it eats), and predators (what eats it) can also tell a lot about a particular species. In their groups, they were given clues to guess whether their species was a box turtle, a terrapin turtle, or a sea turtle. Box turtles and terrapins can be found in the Barnegat Bay Watershed and are native to the Pine Barrens and Estuary ecosystems. Sea turtles don’t nest in NJ, but they can be found swimming off our coasts, feeding on clams, crabs, and sea nettles.

Finally, students learned how to classify species by body parts with a familiar species to Barnegat Bay: the sea nettle. As they identified parts of the body of a sea jelly, they crafted their very own to take home! Did you know that jellyfish aren’t fish at all??? They are mainly water, have no backbones, and use a pulsing action to swim instead of fins. Scientists call them “sea jellies” for this reason. 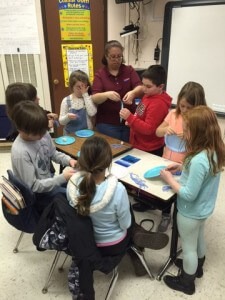 We wrapped up by talking a little bit about the work that Save Barnegat Bay does and the marine biologists we work with to identify threatened and endangered species within the Watershed. Because the Barnegat Bay is the largest body of water in NJ and its Watershed (the land and the water) stretches throughout almost all of Ocean County, Save Barnegat Bay relies on our partners to identify and protect these species and habitats.

Thank you to Lavallette Elementary School for hosting us and we look forward to seeing you again soon! Our next stop is Crawford-Rodriguez Elementary School in Jackson on Monday, April 27th. Stay tuned for more on This Way to Barnegat Bay!