Monsanto’s Roundup® is the most widespread pesticide in the world and it has possible deleterious impacts on humans and on the environment. Existing alternative eco-friendly herbicides have been shown to be inefficient and costly. For this reason, it is essential to explore alternative methods of weed management that have a minimal environmental impact. Throughout this study, the researcher compared the effectiveness of Roundup® as a weedkiller to that of 10% and 20% ascorbic acid by treating field plots in a backyard in residential Toms River and controlled monospecies trays vegetated with clover. Effectiveness was determined by measuring chlorophyll health in leaf samples from the plots and percent cover (or percent green) in each of the plots or trays. The field results, however, indicate that even though all of the herbicides had an impact on treated plants, Roundup® was consistently the most effective—having caused the greatest change in both chlorophyll health and percent cover in treated plots. This is because Roundup® is an herbicide that works from the roots up and ascorbic acid is a “burn off” herbicide which works from the top down. While this study was unsuccessful in developing an effective herbicide, it still provides some insight which can be used in future studies. 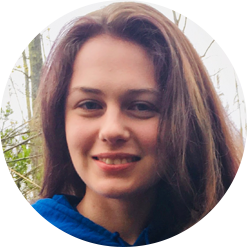