How to Best Restore a Dune After Blowouts: An Assessment of Dune Accretion and Natural Flora Diversity at Island Beach State Park, NJ

Prior to Superstorm Sandy, the importance of sand dunes had been overlooked in many coastal areas in the Northeast; however, given the storm’s devastation, communities are now seeking ways to protect and/or restore their shorelines.  Hence, they are focusing on the shore’s natural defense system through sand dune maintenance.  At Island Beach State Park (IBSP), some of the dunes were only eroded (historic dunes), whereas more northerly dunes were completely blownout (restoring dunes).  To refortify the latter areas with dunes, the park installed continuous wood paling using two different patterns: straight and zigzag.  I measured the weekly vertical accretion of these restoring dunes for 10 weeks by taking repetitive measurements using a rangefinder and clinometer.  I found that zigzag fenced dunes increased over time at a much greater rate than straight fenced dunes, which showed only minute increases.  Location (i.e. wind patterns, tides, and sediment supply) may be a factor that affected these growth rates, as there were differences in accretion by beach access.  As a second element of this study, I took 1.5m core samples from atop historic dune crests and next to restoring dune fences.  After sieving these samples, I found that there are differences in substrate composition between the two dune types.  Lastly, I conducted random vegetation transect surveys along the historic dunes one meter inland from the crest.  Using Simpson’s Index, I found that the dunes were dominated by two plant species: native A. breviligulata and non-native invasive C. kobomugi.  C. kobomugi is more dominant than A. breviligulata and reduces the diversity, density, and evenness of other plants in stands where it dominates.  These results have many implications for coastal management and echo past findings that C. kobomugi negatively effects native dune flora composition. 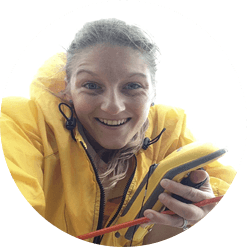